Hello Everyone, Now We are talking about a TOP 10 FASTEST CARS IN THE WORLD. Every Man Dreams are buying a sports car this is very shocking but easy. Nowadays Everything is Possible so Let’s go to the Cars World…

TOP 10 FASTEST CARS IN THE WORLD… 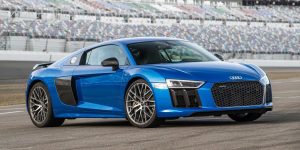 The Audi R8 V10 PLUS is Launch in 2016. It is a German Manufactured Car. The AUDI R8 V10 PLUS based on the Audi Le Mans Quattro concept car Designed by Frank Lamberty and Julian Hoenig. The Audi R8 power of speed as 610 horsepower and 413 lb-ft of torque n his same 5.2-liter V-10 engine. And his Top speed 205-mph out an extra three mph at the top end over its more expensive siblings. And his Driving Settings is Auto, comfort, dynamic, individual, and the performance, with the last being exclusive to the V10 Plus variant and offering dry, wet, and snow sub-settings. Its 2 doors and 2 person seating capacity in this car…. 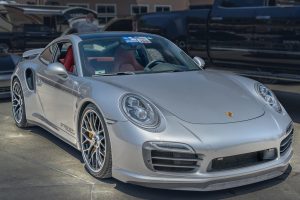 The German automobile manufacturer specializing in high-performance sports cars like a PORSCHE 911 Turbo S: 205 MPH. As this Porsche platform is designated 991.2-the new model is exactly what you’d expect of a Turbo s: incredibly fast, monstrously capable, and fantastic emotional for a brand that too often has a reputation for clinical efficiency. Porsche 911 Turbo S his top speed is 205 mph with his engines is twin-turbo 3.8-liter flat-six with 580 horsepower and 553 lb-ft of torque. And the 7 SPEED is automatic transmission. The most important is a fully automatic control on this car. The Dodge Viper is a supercar manufactured by Dodge (SRT for 2013 and 2014). In this car special edition is viper with a four-channel anti-lock system. 2017 marks the ferocious American supercar It wasn’t the most elegant of cars-in fact. And through even the 206-mph Dodge Viper SRT And his speed features is six-speed manual transmission mated to a naturally-aspirated, 8.4-liter aluminum V-10 with 645 horsepower and 600 pound-feet of torque. A no-compromises speed demon to the end, the Dodge Viper will be missed. The Bentley Continental GT is produced by British automaker Bentley Motors since 2003. This year is Bentley Continental Supersports is title and his Interior and mid-engined and fastest four-seat car in the world and his top speed is 209 MPH, like Porsche and Audi R8 Despite a curb weight of 5,000 pounds, the plush, opulent living-room-on-wheels is properly motivated by Bentley’s stalwart, 6.0-liter twin-turbo W-12 engine producing a whopping 700 horsepower and 750 pound-feet of torque. Its amazing is Bentley Continental Supersports is a fastest four-seat car you’ll find carbon-fiber bits everywhere from the side mirrors to the front splitter to the optional engine cover. The Ferrari 812 Superfast is produced by Italian sports car manufacturing by Ferrari made its debut at the 2017 Geneva Motor Show.” The Ferrari 812 Superfast is the successor to the F12 Berlinetta. The Ferrari 812 Superfast’s V12 engine is very Powerful car engine made. And his Engine is 6.5-liter V-12 with 789 horsepower and 530 pound-feet of twist, mated to a dual-clutch gearbox that’s quicker even than the already super-fast unit in the Ferrari F12 Berlinetta. This Supercar Go from in the three seconds to 60 mph, is the breathing V-12 engines: Superfast is reportedly the last Ferrari to sport a naturally-aspirated motor before focus shifts to turbocharging and hybrid assists. If you’ve got $3,20,000 burning a hole in your pocket (not to mention the insane connections needed to actually buy a new 812 Superfast in the first place) this car would make a good investment for that reason alone.

Read Too: 50 Lovely Quotes for Your True Love

The McLaren 720s designed and manufactured by the McLaren Automotive and British sports car company. It is a 4.0-liter (3993 cc) twin-turbo V8 engine, essentially a rework of McLaren’s previous 3.8-liter (3799 cc) engine with the explosive 710 horsepower and 568 pound-feet of twist. In McLaren gear change from the seven-speed dual-clutch transmission up to 45 percent faster than in the 65oS, too, is the numbers only get more ludicrous from 2.8 seconds” to 60 mph; 7.8 seconds to 124 mph; a 10.3-second quarter-mile; and zero to 186 mph in just 21.4 seconds. As the English say, Blimey! The Ford GT is one of the most Powerful and Automatic cars of this time or any year. The Ford GT is an American mid-engine, two-seater sports car manufactured and marketed by Ford for the model year 2005 in conjunction with the company’s 2003 centenary-and again in redesigned form for the model year 2017. In this car price is $4,50,000 supercar: his 647 horsepower and 550 lb-ft from its twin turbo and the engine is 3.5-liter V-6 developed by Ganassi Racing for the team’s Daytona Prototype; active aerodynamics that help generate 400 pounds of downforce at 150 mph; an anti-lag system that keeps the turbos spinning at around 80,000 even off-throttle (and at full boost they go like hell at up to 1,76,000 rpm); and an FIA-approved roll cage in the production version that’s nearly identical to the one used in the Le Mans-winning race car. Also, did we mention it hits a top speed of 216 mph? Oopss This was Awesome. This is the one of the best car in the top 10 fastest cars in the world. The Lamborghini Aventador is a mid-engined sports car produced by the Italian manufacturer Lamborghini. Lamborghini also called LAMBO. The Lamborghini Aventador was the first grown-up, No-compromises with the big-boys-on-every-level modern supercar in Sant’Agata when it debuted in 2011, and the 2018 Aventador S, which bowed in Geneva, promises a truly bonkers orgy of speed and aggression. This Lamborghini is 20 percent brighter than the last model, at 3,472 pounds, the new Aventador is Motivated by an uprated version of the old model’s 6.5-liter V-12 with 740 horsepower and 509 lb-ft of torque. Lamborghini car just takes 2.9 seconds for 60 mph sprint and the top speed is 217 mph. I like that car, the 2018 Lamborghini Aventador features is a fully trick four-wheel-drive steering system that points The rear wheels in the opposite direction of the front rubber at low speeds and in the same direction at high speeds, supposedly delivering the driving. A truly off-the-wall bit of engineering. And we mean that as a compliment. The Aston Martin Valkyrie is second code name is AM-RB 001 and nebula is an upcoming production hybrid electric sports car collaboratively built by Aston Martin, Red Bull Racing and several other manufacturers. This Sports car is a product of equal-equal between in an Aston Martin and red bull racing to create usable and enjoyable as a road car. After that The Valkyrie boasted is the right parts: and his Cosworth-built 6.5-liter V-12 engine, and add the special features in this car is seven-speed dual-clutch automatic transmission by Ricardo, the same company that builds the Bugatti Chiron’s dual-clutch set-up. Its re-christened Valkyrie-has yet to have its started 250 mph top speed tested in the real world. OMG! This car is all time favourite. In this Top 10 Fastest Cars In the World this is Best and very fastest cars. The Bugatti Chiron is very expensive and this car is billionaires toys. And this car started Price is $2.6 million but almost certainly doesn’t stop there, given the nearly endless customization options isn’t even the fastest Bugatti road car in existence-at “just” 261 mph, Bugatti’s newest model is the slower than its outgoing, 267-mph Bugatti Veyron 16.4 Super Sport. In his car Engine is 8-liter, quad-turbocharged, 1,500-horsepower W-16 engine is electronically limited to 261 mph; Remove all limiter for a top-speed run, like the brand initially did with its various Veyron iterations, and you can bet the Chiron will keep climbing. The title of “world’s fastest production car”; next, they definitely want their newest model to eventually hold that title over an aged-out car, because it’s hard to get well-heeled Customers to part with several million dollars for a new car if it’s only second-best to the old one. Its started top speed is the Chiron is 261 mph the truth is that no one knows how fast this car can go-but the most likely answer is “faster still.” In any case, the 2017 Bugatti Chiron rightfully claims the title of the fastest new car in the world in 2017…

I hope you like this Post so share everyone. This Top 10 Fastest Cars In the World are more Interesting for you.  N stay connect with us to our FB PAGE Click here this link FACEBOOK GROUP and all our Social Media Network. Drop your Ideas in our Comment Box and give your suggestion. 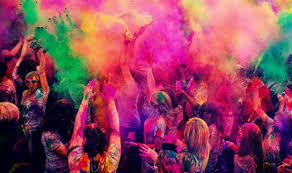 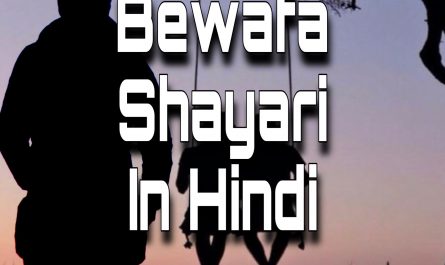